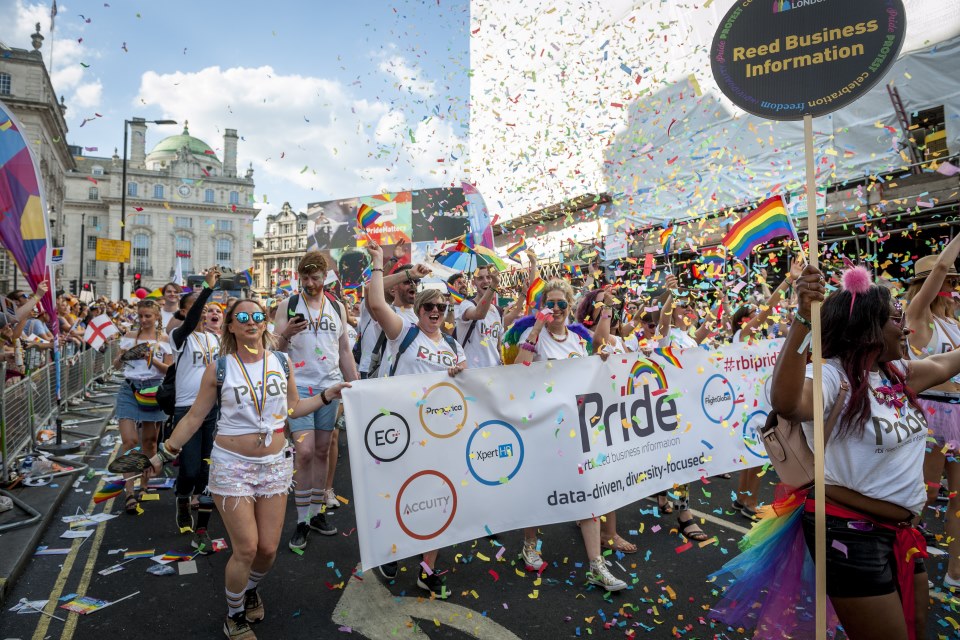 On Saturday 7 July, after months of planning and preparation, almost 100 RBI people dressed up in RBI Pride t-shirts, donned tutus and rainbow hats and celebrated diversity in our business. The march coincided with England’s World Cup quarter-final which only added to the excitement and the sun was shining, so the atmosphere was electric.

None of the RELX businesses has ever been represented before and RBI’s LGBT+ Forum itself only came into being fairly recently. RBI was one of around 500 groups and organisations that marched down Oxford Circus, passing along Regent Street, through Piccadilly Circus to Pall Mall and passing Trafalgar Square before finishing up on Whitehall. Over a million people lined the streets to watch the parade.

Diversity and Inclusion Director Jo Portlock said: “RBI’s first ever Pride Parade was a phenomenal event, with nearly 100 LGBT+ and Straight Allies employees from RBI taking part, plus a few friends from RELX too. It was fantastic day of celebration and inclusion.”